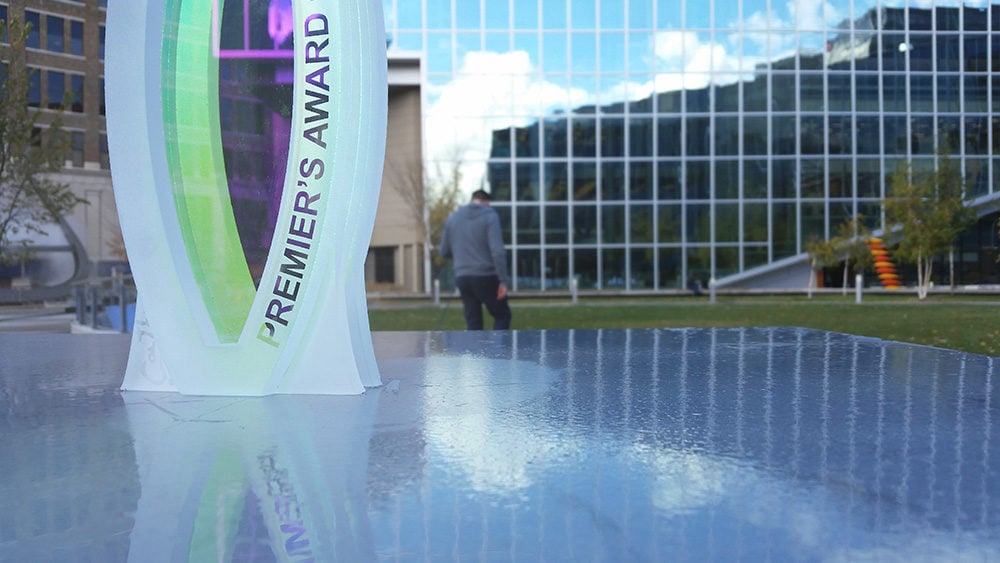 HTFC was honoured to accept the Premier’s Award for Design Excellence in Landscape Architecture for Millennium Library Park. Glen Manning was on hand at the ceremony to accept the award from Premier Greg Selinger.

The award program was originally launched by Howard Pawley’s government in the 1980s to recognize design excellence in the province. In 1985, HTFC, then Hilderman Witty Crosby Hanna & Associates, won the award for the Regional Data Centre. The award program ended with Pawley’s tenure, but in 2015 it was reinstated by Premier Selinger in celebration of the one hundredth anniversary of the Manitoba Association of Architects.

HTFC extends congratulations to all of those that made this project happen: the City of Winnipeg, Downtown Winnipeg BIZ, and Winnipeg Arts Council; our co-consultants: LM Architects, SMS Engineering, and Crosier Kilgour & Partners; and to the projects builders and suppliers: Western Construction Services, J & D Penner,Shelmerdine, and R.D. Sales. Congratulations also goes out to all of the winners in all four categories.

This error message is only visible to WordPress admins